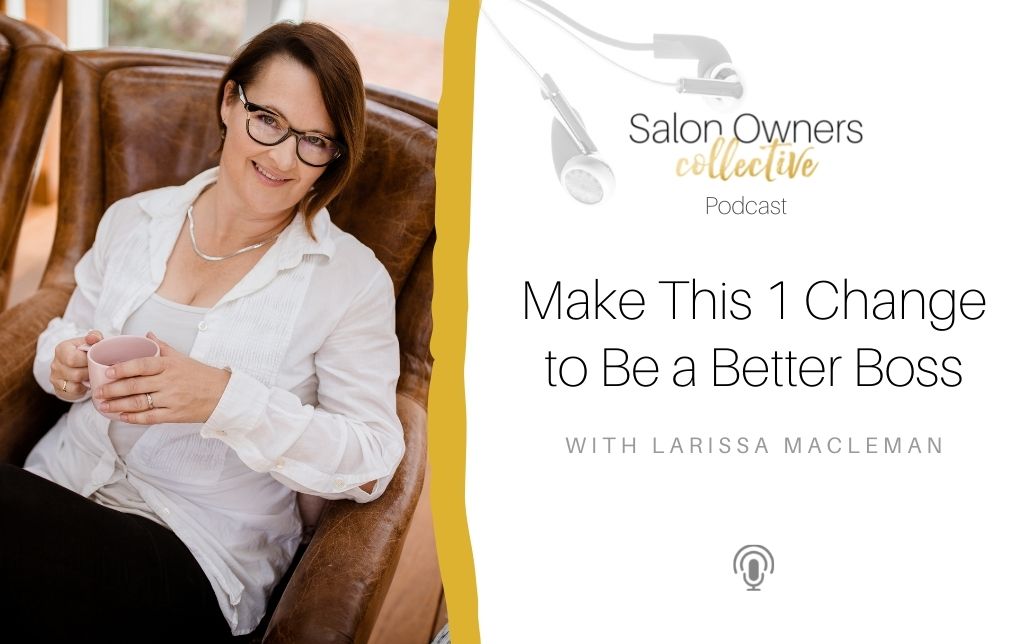 It’s almost 2022, and we can all admit: times have changed.  Anyone who’s been in this industry for more than a couple of years will have seen the change happening.  The shift is actually pretty clear… and it’s all about our employees. With more and more Gen Y and Z coming into Salon and Spa… 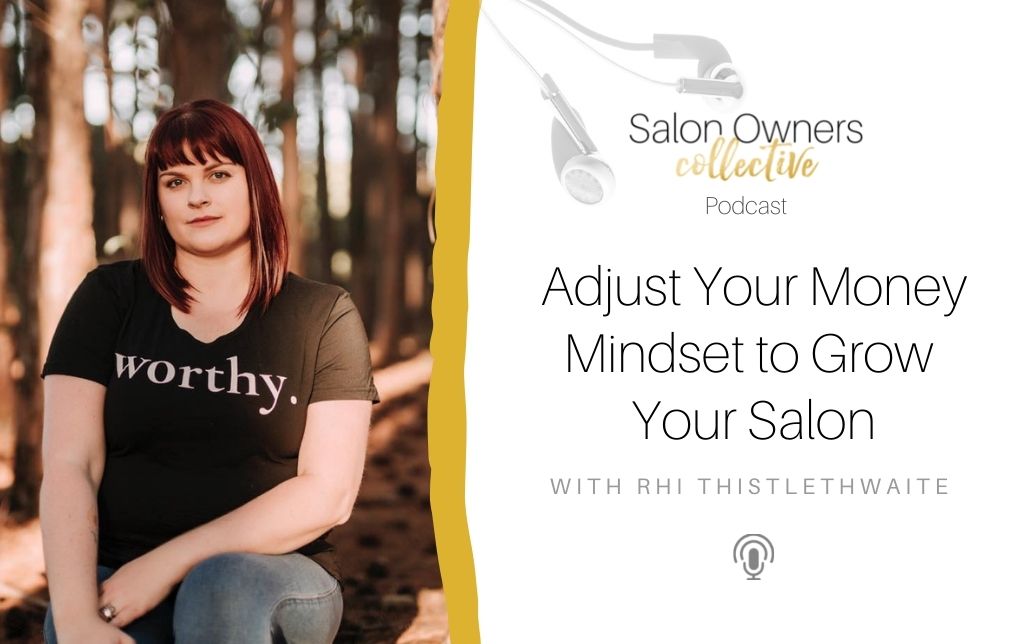 When you were growing up, did you ever hear the phrases:

“Money is the root of all evil”

Well, did you know- that despite the good intent behind these phrases- these could have actually caused you more harm (in the long run) than you realise?

As a Salon Owner, who I’ll assume wishes to be as successful as possible,

one of the biggest things you’ll want to learn about is your Money mindset.

A negative or limiting mindset around money may not even be something you realise you have.

For a lot of us, it started when we were children… think of the phrase ‘filthy rich’ for example. It’s something that has been brewing over the years- and you may not even know it.

That’s why today, I’ve invited Mindset Coach Rhi Thistlethwaite to join me on the Podcast.

Rhi is going to share how you can adjust your money mindset, and why doing so will be so fundamental to your Salon’s success. 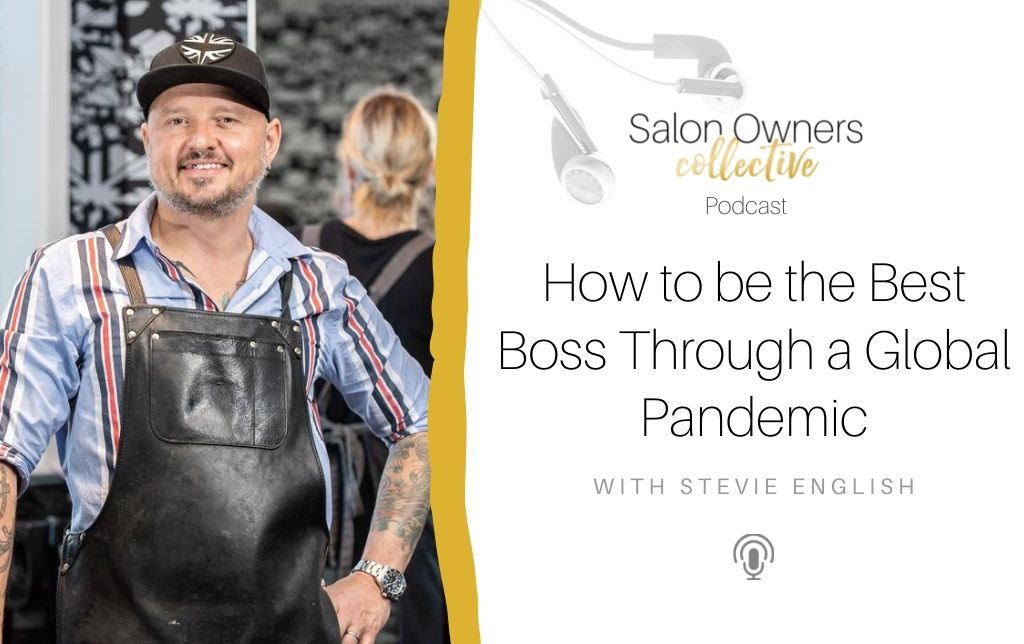 Do you find it difficult to keep your team engaged and motivated whilst facing covid restrictions?

Whether you’re in lockdown, or working at limited capacity, I know this has been a super hot topic… especially for those in New Zealand or Australia, as this side of the world is now facing the ongoing consequences of a covid resurgence.

There’s certainly a fine line. As the leader of your Salon, you want to keep your team as motivated and accountable as you can, for the sake of both them and your business! But you also want to be a #bestboss; someone who shows they care, and empathises with the different journey of each team member.

And as with any fine line, this one is a tricky tightrope to balance. Luckily, today I’m chatting with someone who has found the perfect balance.

Stevie English, from Stevie English hair in Sydney, is a living example of what it looks like to lead a team to success through the ongoing effects of Covid 19.

In this episode, Stevie will share his story of successfully engaging his team of twelve plus during the 2 months of lockdown that Sydney has already faced, and why he continues to have a positive attitude going forward.

Listen in now to glean all of Stevie’s best advice… that I know will inspire you in more ways than one. 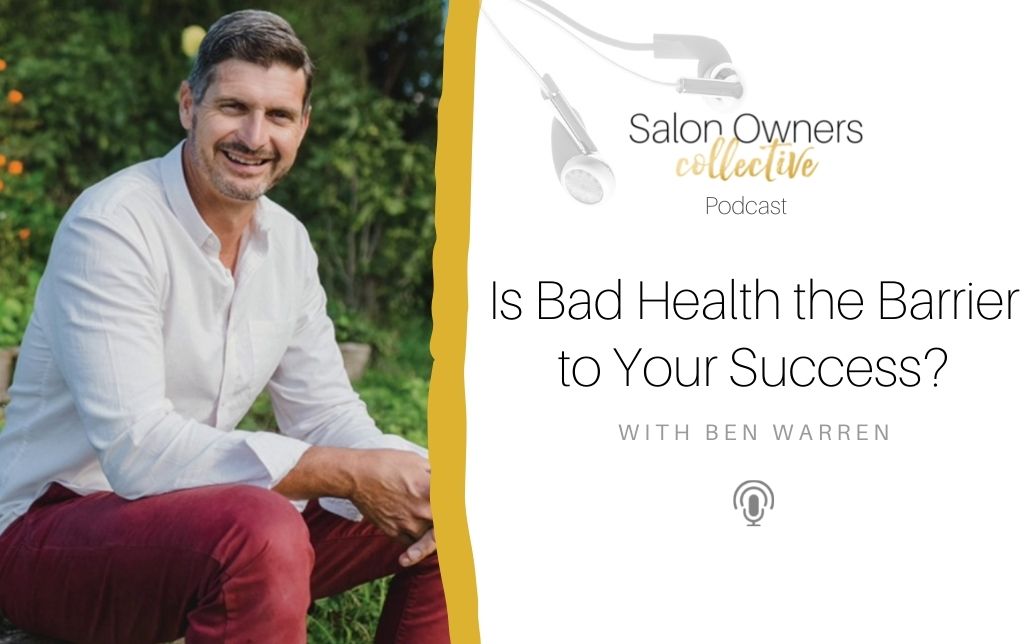 I’m sure you hear about this particular topic a LOT…

It’s definitely something which circulates often, especially amongst busy business owners like you and I, who have a lot on their plate.

But surprisingly, despite this, there are very few Salon Owners that I actually see making a change.

When it comes to your health… there are way too many Salon Owners that push this aside- don’t prioritise it.

Skipped lunch breaks, not enough water, bent over behind a Salon chair or office desk all day… I’ve done it. But eventually, these bad habits will catch up to you.

That’s why I’ve invited Ben Warren, clinical nutritionist and founder of the wellness company ‘Be Pure’, to join me today.

We’ll chat about common mistakes that busy Salon Owners make when it comes to their health, simple hacks to live a healthier life, and why bad health could be the barrier to your success.

This discovery has been a game-changer for me, personally, so I know you will love what Ben has to say. 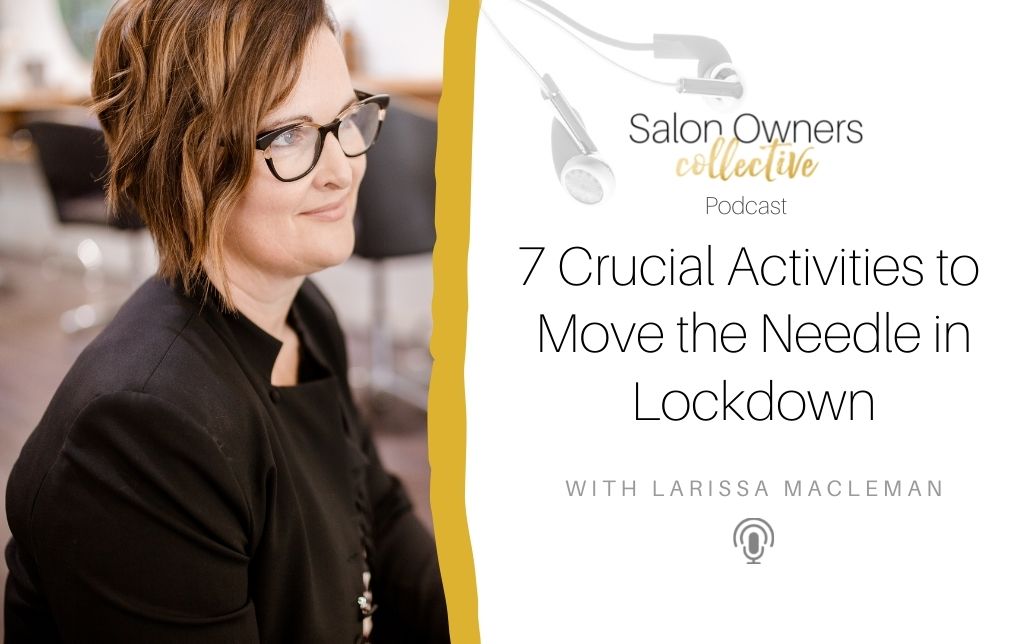 Are you currently in lockdown?

So many salon owners that I know have had to either cut back hours or even worse- close their salons. What I’ve realised, during this difficult time, is that we need to try our very hardest to make the best out of the ‘worst’.

We have been forced to take a step back from working ‘in’ our businesses, which I see as a crucial opportunity to work ‘on’ your business instead.

Fill your days, where you can, with productive activities that will continue to move the needle in your business, even if you can’t actually have the doors open for trading.
Because as a salon owner, it’s your job to keep things moving forward in your business and try as hard as you can to keep things running smoothly (while chaos ensues around the world!)

In this episode, I’m going to share with you the top 7 things you should be working on right now, behind the scenes, to really focus on doing the things you CAN do during this time… rather than those you cannot. 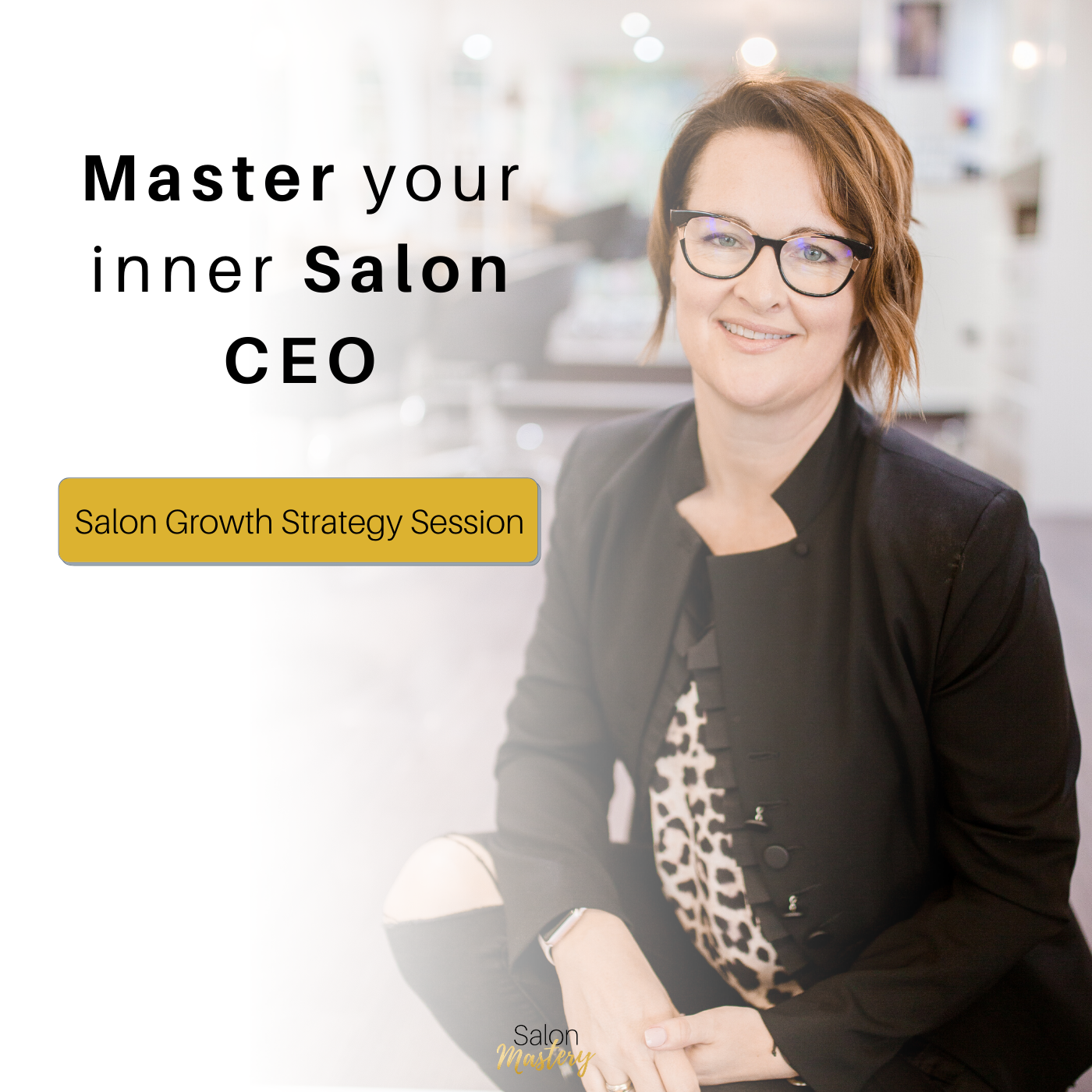 Are you ready to Grow a Rockstar Team, Attract Dream Clients & get confident in your role as a Salon C.E.O… Click here to book a Salon Growth Strategy session… & create a strategic plan for you to grow your business to become highly scalable and profitable (Without the overwhelm or overworking) and gain back a little freedom for the other part of your life! 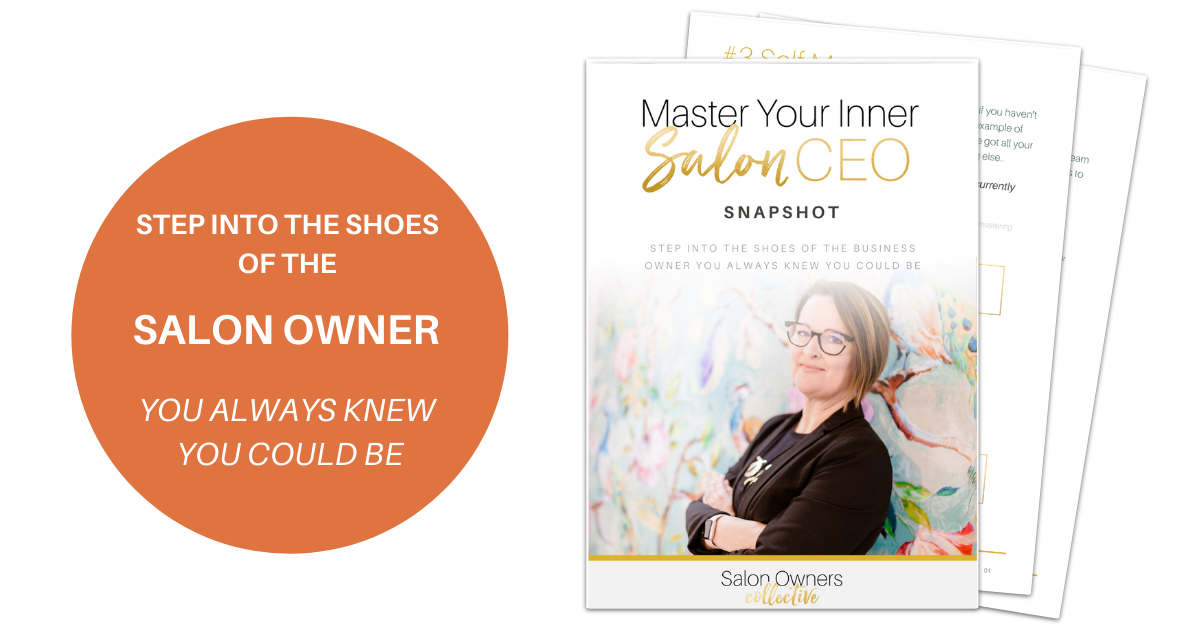 Discover how to create a step by step business plan to grow your salon without living on an exhausting emotional rollercoaster. – Click here to grab your copy (opens in messenger) 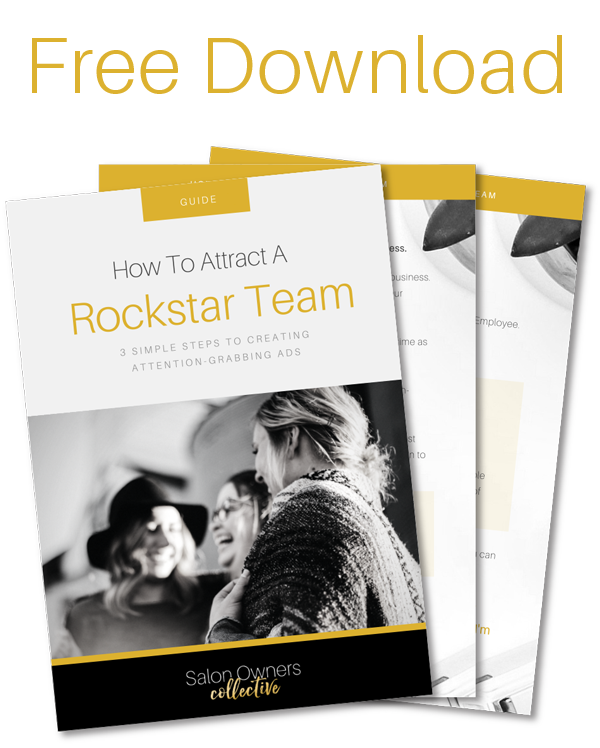 Are you ready to attract a Rockstar Team to help you grow and nurture your business?

In this free Guide, I'll reveal 3 simple steps to attract the right team to fast track growth in your salon! 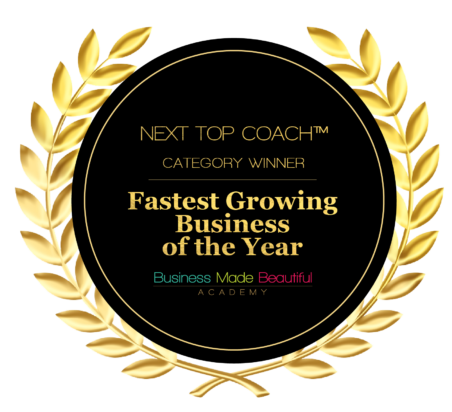